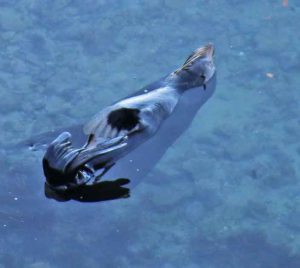 Residents around the Hauraki Gulf and Coromandel are being urged to report sightings of kekeno/New Zealand fur seals over the next three months, as part of a new research project on the species.

The marine mammals are an increasingly common sight around New Zealand beaches in winter and early spring, as they “haul out” (come ashore) during their seasonal departure from breeding colonies.

Marine Science Advisor Laura Boren says DoC is aware the kekeno population is increasing, and that’s being seen in an expansion of the species north – however, there’s little knowledge of their breeding and non-breeding sites.

There are no known kekeno colonies in the Hauraki Gulf Marine Park (which includes the Coromandel). Due to a tagging programme on the West Coast we know at least some juveniles are coming all the way from Cape Foulwind.

Their expanding range means more dead kekeno are also being found on beaches around the North Island.