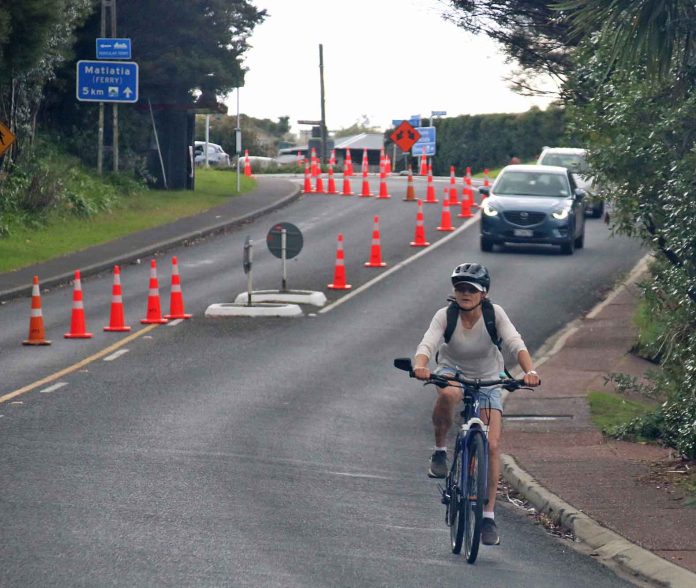 A serious crash between a cyclist and a bus on Waiheke this week has shone a spotlight on the safety of cyclists on the island.

It came as Auckland Council looks to reduce transport emissions across the region by 64 percent by 2030, primarily by encouraging a switch by Aucklanders from private vehicle use to active modes of transport and public transport.

Auckland Transport spokesperson Natalie Polley says the latest data the organisation has is the Safety of People Travelling Outside Vehicles report that was prepared for AT in March 2021.

The report takes a deep dive into data on serious injuries and deaths suffered by pedestrians, cyclists, motorcyclists, users of “other transport devices” such as electric scooters, and people in vehicles in the Auckland region.

It found that the greatest number of injuries recorded from 2016 to 2019 did not involve another party and that relatively few serious injuries involved a heavy motor vehicle, such as a truck or bus.

However, Polley says the analysis shows that for 2020, compared to the five-year average, deaths trended upwards for people outside vehicles – particularly for people on foot and on bikes. “This is devastating,” Polley says.

“Too many people are dying on our roads. These are our family members, our friends, our colleagues who are losing their lives or sustaining life-changing serious injuries. It has to stop. • Erin Johnson