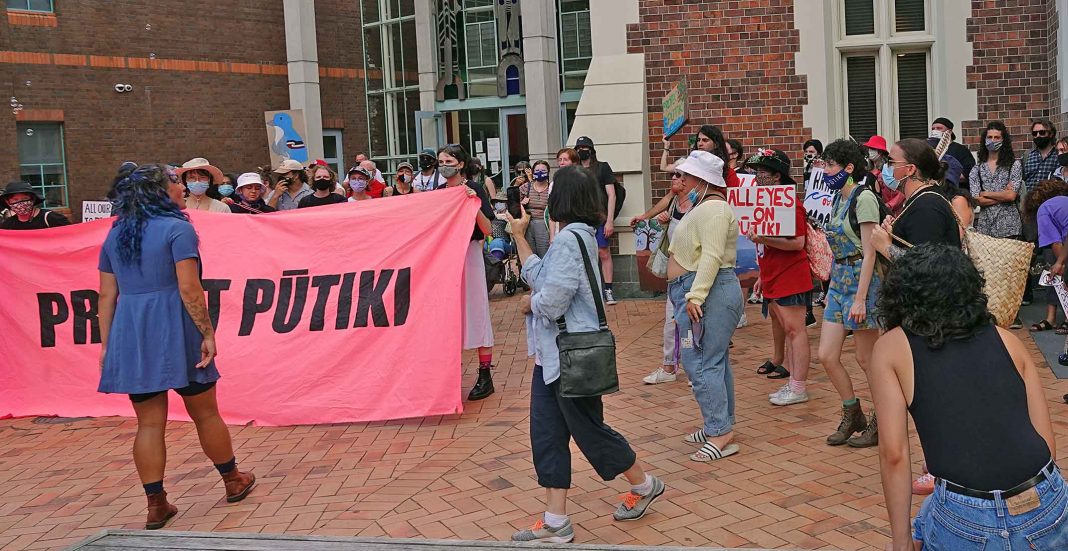 The protectors of Pūtiki Bay had a chance to have their side of the story heard in court last week when Justice Gault of the High Court considered an application to set aside an injunction order made against 32 people plus persons unknown by Justice Wylie on 4 November last year.

In October, the developer of a marina at Kennedy Point, Kennedy Point Boatharbour Limited (KPBL), sought an injunction to stop people entering the construction zone ahead of the lightening of Covid-19 restrictions that allowed people to once again gather in public. Justice Wylie considered that application “on the papers” and the 32 defendants were not notified of the request.

The hearing on Wednesday 19 January before Justice Gault took place via video conference with some of the 32 defendants observing via the video link.

Acting for the twelfth defendant, Meegan Manuka, Ron Mansfield QC argued that there were three faults with the injunction order – that KPBL didn’t have rights of exclusion; that the application should not have been heard on an ex parte basis; and that important issues of Te Tiriti o Waitangi and tikanga Māori weren’t sufficiently considered.