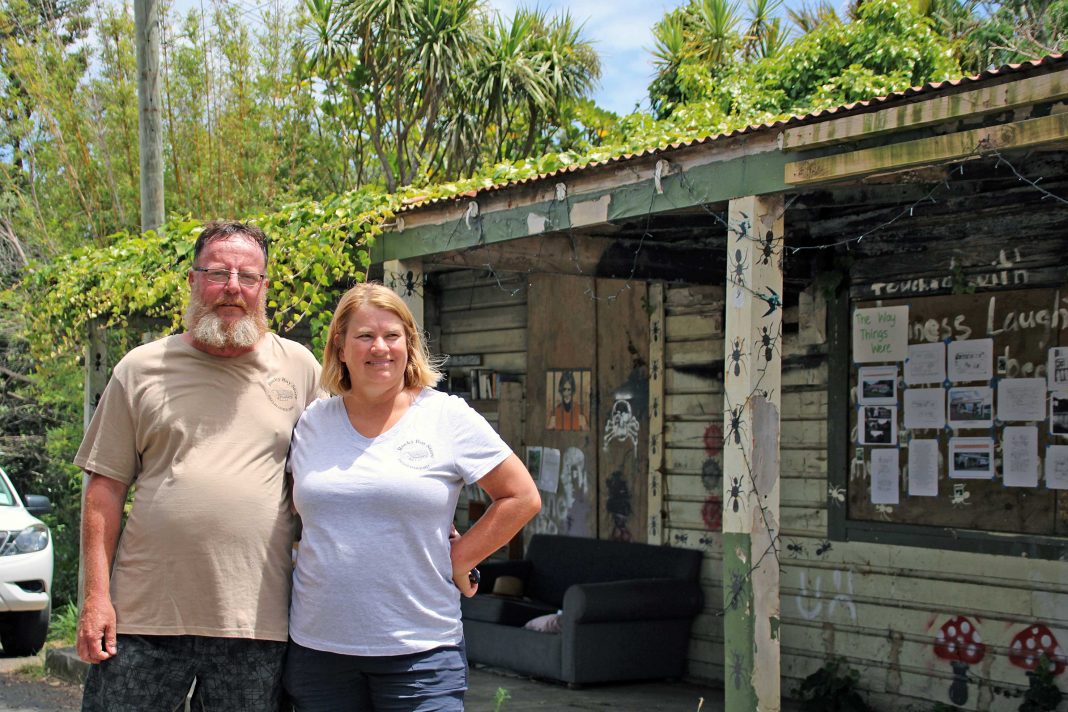 The historic Rocky Bay store on Glen Brook Road was built in 1924, burned down in 2003 and has remained a charred shell, increasingly overgrown with vegetation. But Waiheke couple Simon Thompson and Mel Rowsell recently bought the property and intend to rebuild the former store. Last Saturday they held a community hui to consult with Rocky Bay residents on what they would like to see happen to the now- derelict building.

Nearly 50 people attended Saturday’s blessing by representatives of local iwi and stayed for a community workshop. Mel said the plan was to make the front of the section, were the store once stood, a commercial hub and build themselves a home at the back. The remaining front of the 100-year-old store is listed with Heritage New Zealand, and the couple intend to honour its history and retain as much of the front as possible as part of whatever comes next. The Rocky Bay store has traditionally been a hub for residents, so it is important to get their input on the restoration project, she says.

Get the full story in the Gulf News, out now!