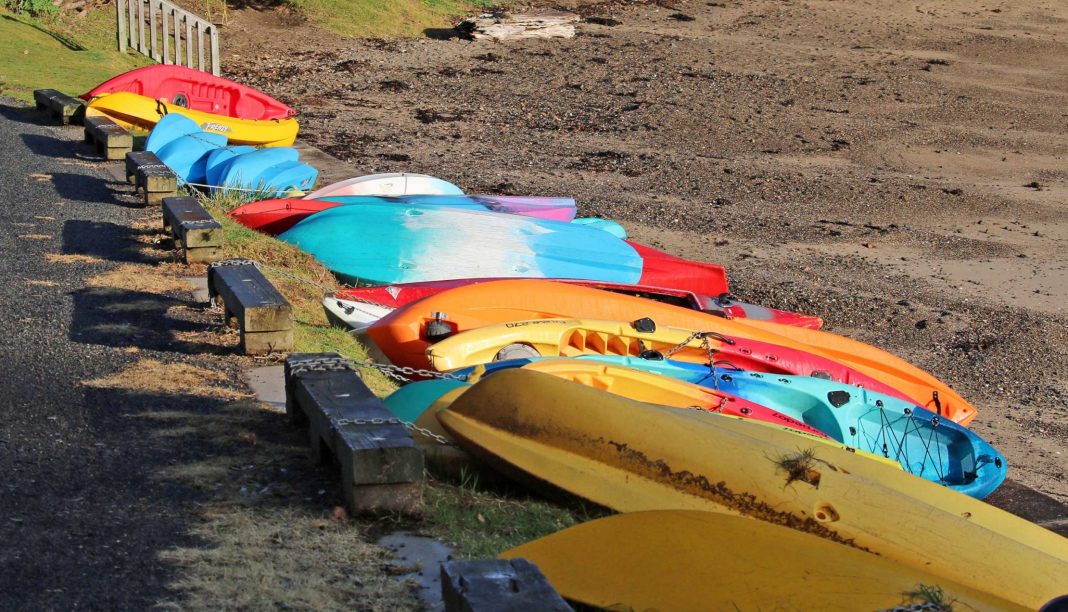 The call to remove scores of colourful kayaks from Enclosure Bay has been heard by Auckland Council with a “campaign” set to begin in a couple of weeks.

Auckland Council’s Parks and Community Facilities team is coordinating the removal, which Parks and Places manager Martin van Jaarsveld says will focus on educating people about the impact abandoned kayaks and dinghies have on the environment and how they can hinder access to the coast and seas.

“We’ll be doing this by installing signage in the area, a mailbox drop and by posting information on social media,” says Martin.

“The campaign to remove the kayaks and dinghies at Enclosure Bay will begin within the next two weeks, and owners will be asked to remove the watercraft within 30 days.”

It’s not clear whether the council will extend the removal plan to other Waiheke beaches in future – for now, Martin says they’re just targeting Enclosure Bay, where more than 40 kayaks line the grass. •Sophie Boladeras