Onetangi institution Charlie Farley’s will be under new management from 30 October.
Former owners Brent and Lauren Ivory have sold the popular beachfront restaurant to the Nourish Group, which manages a growing portfolio of restaurants including Euro in Auckland, Pravda in Wellington and the Queenstown Jervois Steak House.

General manager Ashley Welsh says that in order to maintain a connection with the community, the Nourish Group will continue to use Charlie Farley’s current suppliers and Waiheke-based products.

“They know they’ve bought a really good business and want to keep it local and community-based,” he says. “They already understand the island and the community and how important Charlie’s is to the place.”

Having worked under the Nourish Group umbrella at O’Hagans Irish Bar in the Viaduct Basin in 2011, Ashley can attest to their management expertise.

“They’re a very professional outfit. They’ve got ideas to move Charlie’s forward. They know all the different levels of service they can do and do it well. To bring that to Charlie’s will really step us up.”

He also expects the pub will benefit from the Nourish Group’s large pool of resources, particularly when it comes to staffing needs, an ongoing difficulty on Waiheke.

Brent and Lauren Ivory bought Charlie Farley’s in March 2013 from Luke and Helen Carter, who ran the restaurant for six years before selling to devote more time to their family. 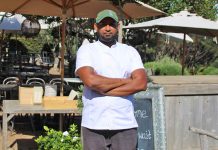