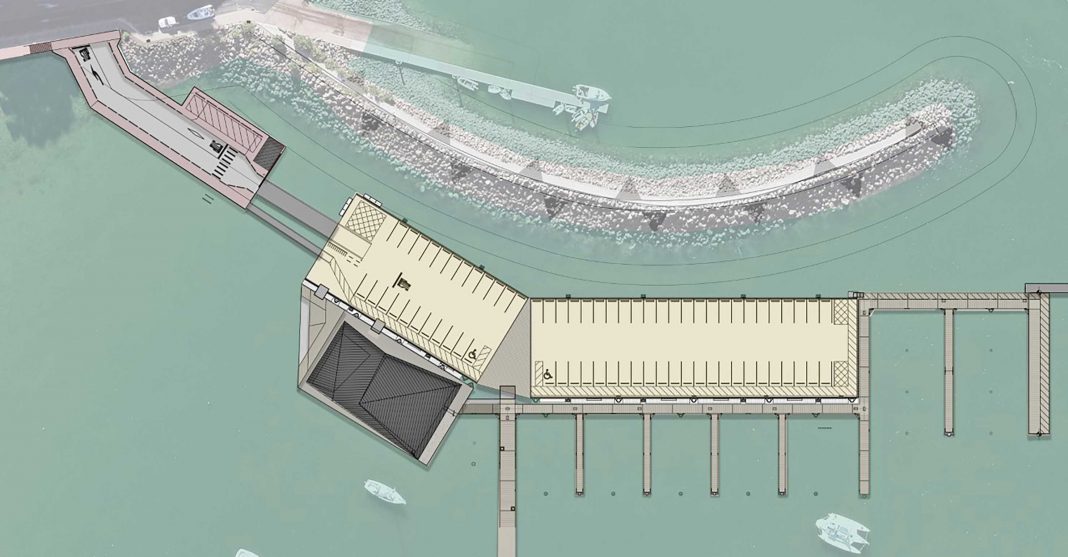 Discussions around downsizing a floating car park at Kennedy Point continued this week after Waiheke Local Board chairperson Cath Handley suggested a rethink of the approved layout last month.

Handley proposes that the floating pontoon car park, which the board advocated against last term, is reduced in size by around 40 parks. She says these parks could instead be moved landside, with Auckland Transport having already created a preliminary design which shows that her proposal is feasible.

If 40 parks were added to the public parking area, they would be available for all marina users, not only berth-holders, says Handley.

The marina developer’s current plans provide for up to 72 floating parking spaces, six of which would be reserved for public short-stay parking, leaving 66 for berth holder usage. And according to the developer, half of these would be available to people visiting the marina, regardless of whether they are berth holders. • Sophie Boladeras