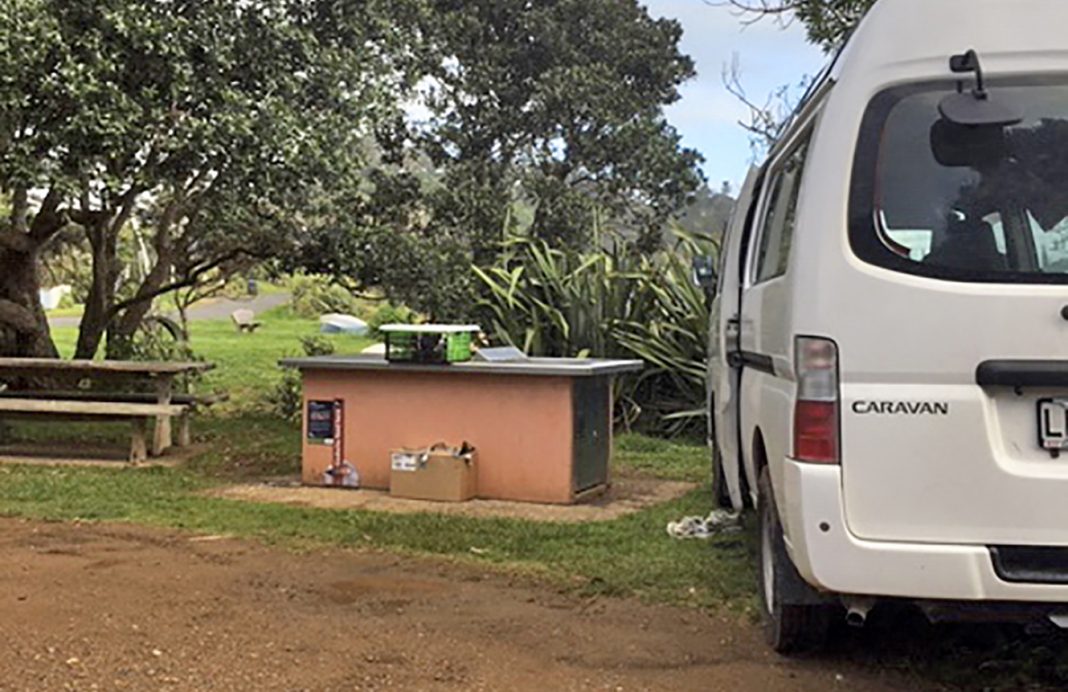 A resident was shocked to see at least one native pigeon in a small cage at Rocky Bay in late October this year. The man has told the Gulf News what he saw near the foreshore at Mary Wilson Reserve.

It was early evening during the middle of the week. The cage was on top of a public barbecue and a white late-model Nissan Caravan was parked next to it. There were two caged birds about the same size and one bird’s flapping wings caught his attention as he drove by. The van’s sliding side door was open. The occupants, a woman and a man were seated, having a glass of wine.  When the resident called out to them to find out what they were doing he says the male told him “mind your own business and f*** off.” They told him they were local people, but he says he has not seen them before.