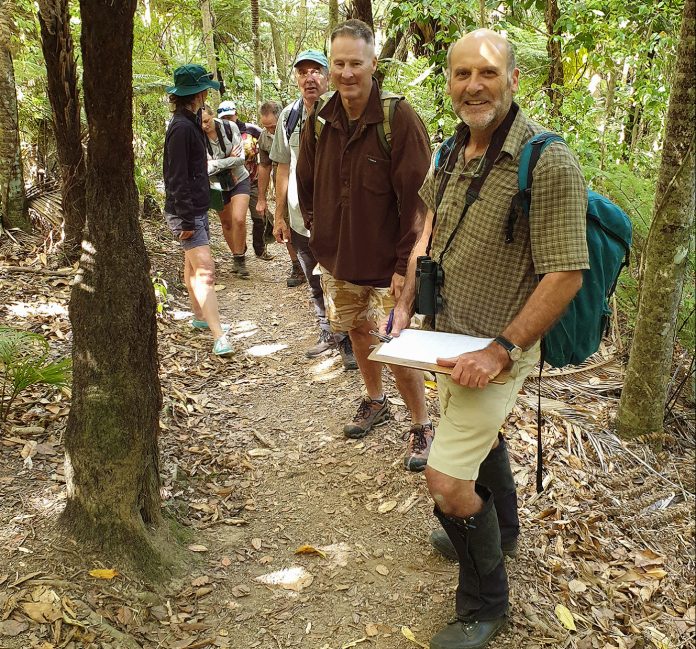 “Everyone was really enthusiastic,” the birder told Gulf News.

“I explained the method at the start, then we split into two groups and did about 12 five-minute counts. What I was trying to emphasise was the benefit of counting both native and introduced birds. It can be interesting to see how dominance changes over time.”

Tim says the best time to do a bird count is in spring and early summer, when birds tend to be more vocal.

“In summer, birds don’t sing as much because they have finished breeding. The most song activity is in spring, but it depends on the species.”

Around 16 people took part in the bird-count training for the Te Korowai o Waiheke programme, including the field team and local contractors like Sally Horwood, who also runs Ratbusters.