The strenuous efforts to keep Artworks bustling through these tumultuous, Covid-restricted times has borne fruit with the confirmation of some of the best and brightest musical talent the country has to offer over the next few weeks.

The chance for a return from the ever-popular Jordan Luck Band unfortunately fell by the wayside after their show scheduled for this Saturday (19 September) couldn’t go on in the continuing level 2.5.

But that’s more than compensated by some other strong lineups – not the least of which is a dual concert from celebrated female singer-songwriters Nadia Reid and Holly Fullbrook (aka Tiny Ruins) on 3 October.

First up though, is Carnivorous Planet Society, on Friday 25 September. The band produces an eclectic mix of grooves combined with a psychedelic performance which often incorporates animations, science fiction stories and alternative creation theories – all of which means that although restricted audiences may miss out on a large, packed dancefloor, there’s still plenty to be absorbed by while seated.• James Belfeld 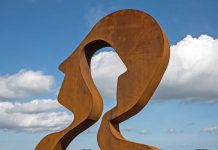