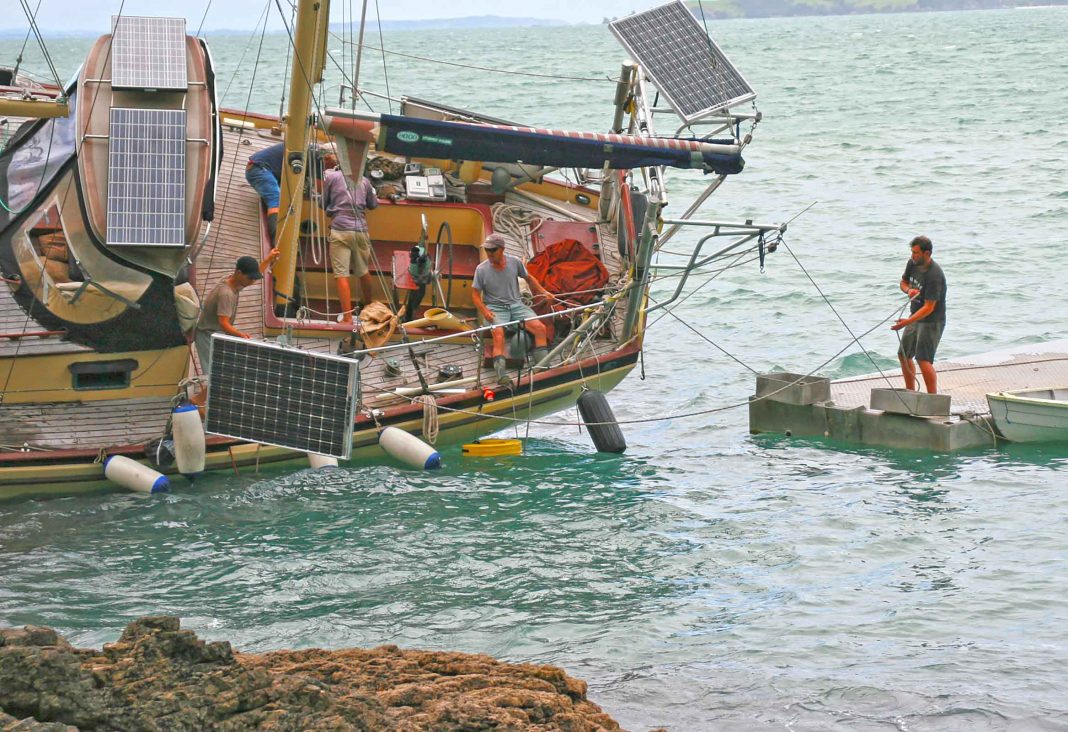 The shipwreck of their vessel is devastating for a transplanted Waiheke couple known for their outreach work in the Pacific.

Rosalie Clare, a 70-foot, Lidgard-designed sloop-rigged wooden ketch, was carried aground at Matiatia Bay by high winds and rough seas during a night storm on Tuesday, 14 December.

The yacht and its owners, Ben Vroom and Ari Vanderschoot, have been central to their Sea Stewardship program – an NGO that works with communities in the Pacific Islands on agriculture and sea environment awareness.

Since landing here 18 months ago, Ben and Ari have made Waiheke their home after being unable to leave due to Covid restrictions. The couple initially planned to stay for a shorter period but are now permanently domiciled on the Island.

The Rosalie Clare drifted across the bay after her anchor dragged, and she washed onto oyster-covered rocks, which tore a massive hole in her solid mahogany hull, from midships to the port quarter. Ben described the hull damage as “like grating a lemon”, and she now sits in a “sea grave on Waiheke”.

Ben said the forecast was for nor-nor easterly winds up to 45 knots – “nothing we couldn’t handle, and we were tucked into the northeast corner of Matiatia Bay. I assumed we had 90 feet (of chain) out. Someone else dropped the anchor, and I didn’t check. I take full responsibility for that – the chain started dragging the anchor out,  and (coupled) with wind gusts, she ended up on the rocky shores.” • Jim Birchall